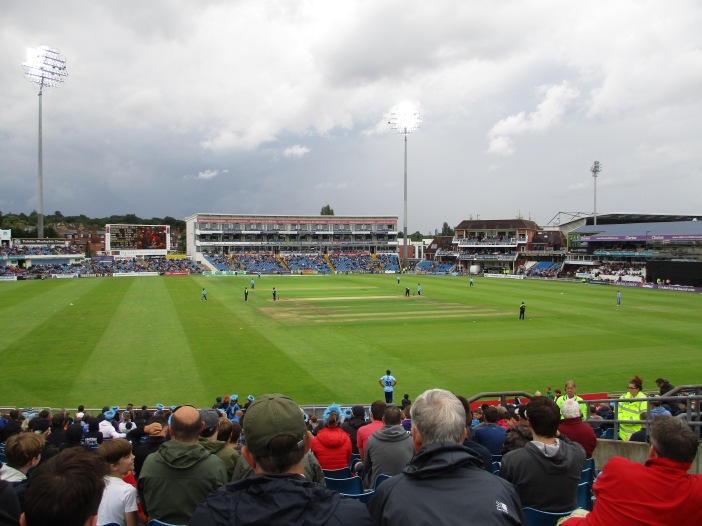 Time for something unusual now at Silly Point, an actual first hand account of cricket, I mean real cricket, not a computer game. I may have retired from playing but not even the weather could prevent me from attending Headingley today and witnessing some breathtaking cricket.

There was the small matter of Yorkshire number three David Willey’s 118 from 55 deliveries before Worcestershire’s Yorkshire born Ross Whiteley struck young spinner Karl Carver for six sixes in one over. Wide included the over ultimately cost 37 runs! White Rose coach Andrew Gale has tried to deflect some of the blame that could be aimed at Carver by suggesting that stand-in skipper Tim Bresnan was wrong to bowl the slow-left-armer (His brother-in-law) at such a time in the game. The home side managed to hold on though and secure a 37-run victory.

For a full match report please log onto Cricinfo…

Here are some photos (Fret not, I own the rights!) from this afternoon’s run fest: 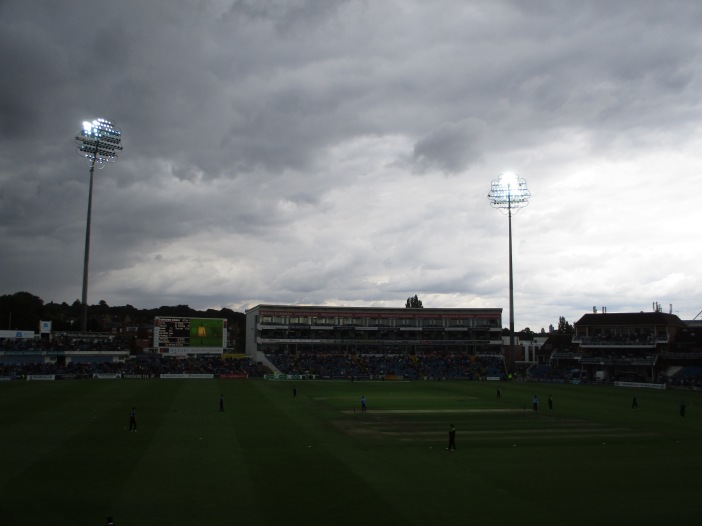 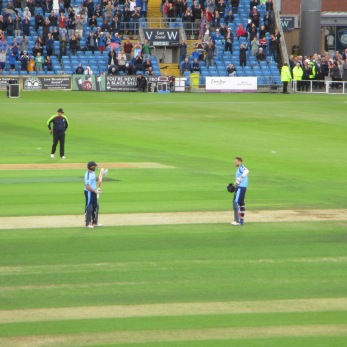 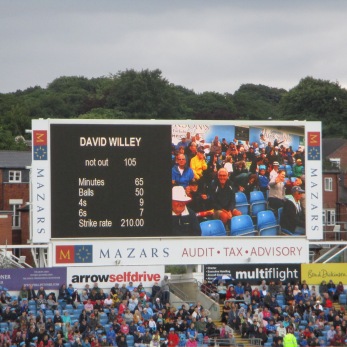 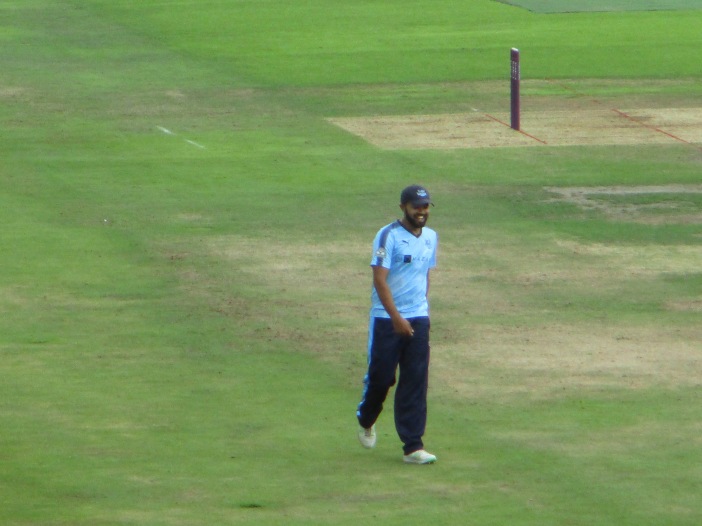 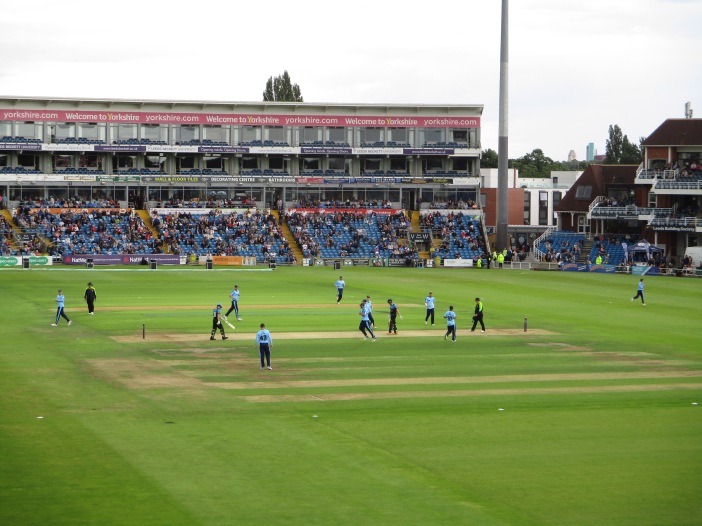 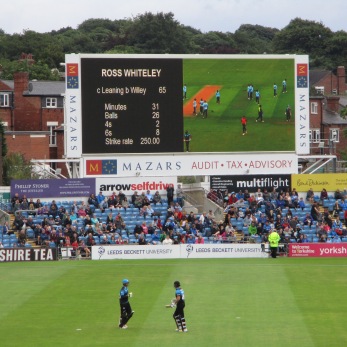 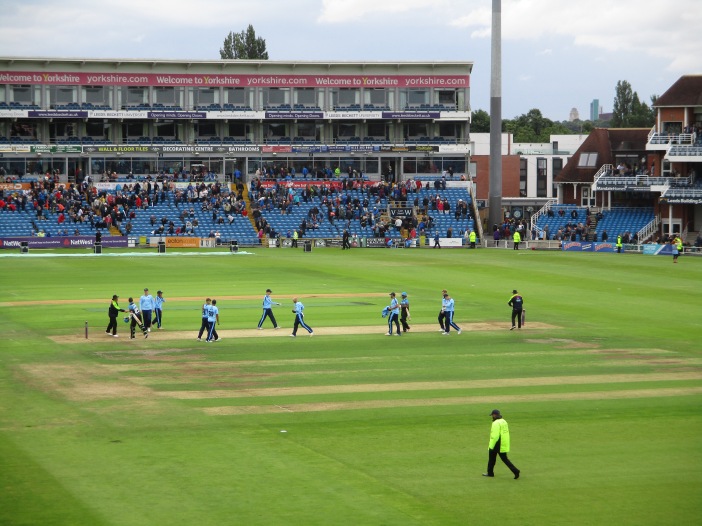