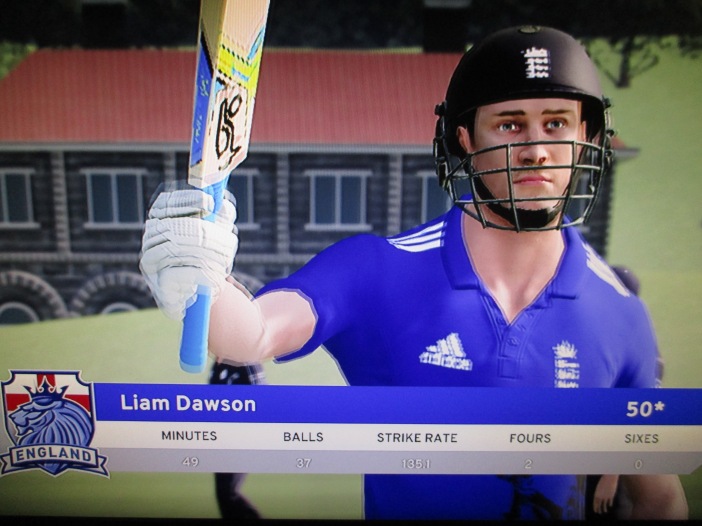 That’s right, a headline announcing that something hasn’t happened!

2-129 in India on debut got him up and running. There have been worse starts to Test careers. Figures of 2-67, 2-34, 0-26 and 1-42 against South Africa leave Dawson with a more than respectable bowling average for a spinner of 33.80 in Test cricket in England. Along with a penchant for dismissing Hashim Amla, that’s a decent start. Dawson is 27, an age where he’s gained experience but should have his best years ahead of him. England’s selectors however have regressed, pressured by the public and media, they’ve already ditched ‘Daws’ and moved onto Mason Crane. Should 20-year-old Crane be left with a bowling average of 42.57 after four Tests and average a healthy 33.80 in England will he too be ditched?

Dawson’s axing on the cue of social media opinion reminds of the time that Ian Blackwell was chipping in with wickets and Anthony McGrath was keeping things tight for England. They weren’t setting the world on fire but they were, understatedly, making a contribution. An article in a newspaper questioned their returns and they were ditched never to be seen in England colours again.

I’ll bore myself let alone my readers if I repeat previous sentiment about English fans always wanting the new and undamaged goods as well as how investing and persisting in a player is of value but to cut through the trees to get to the wood… I’m suggesting that Dawson, like many players, may have been given up on too soon. Still, if he’s lucky, he might earn an England recall and carve out a decent international career when Ashes Cricket arrives on the PS4 in November…

Disclaimer: For the uneducated, please be aware that the lines between reality and virtuality on my blog often become very blurred, so much so that I can’t remember if Haseeb Hameed’s twin centuries against Thailand at London’s Olympic Stadium were in real life or only in my living room!