Following England’s win in Pakistan, the side hosted South Africa in a Global Test League top of the table clash at Sussex. The performances of Stuart Broad and James Anderson (Pictured above) would be crucial to England’s chances of success…

The left-arm pace of David Willey replaced the left-arm spin of Liam Dawson following the Hampshire twirler’s wicketless display in Lahore. Unfortunately for Willey, the Yorkshire and former Northamptonshire all-rounder would be dismissed first ball on his maiden Test outing but did claim match figures of 3-158. Those figures might not sound too great but Willey snapped up the crucial dismissals of Quentin de Kock (35) in the first innings and Hashim Amla (96) in the second. Having made 104 in the first innings, Amla fell just four runs short of registering a century in each innings.

Left-arm spinner Keshav Maharaj (6-115 & 3-67) was the key reason for some all too familiar England batting collapses.

Maybe Liam Dawson can learn from the tourist’s own left-arm spinner, Keshav Maharaj. Whilst pacers Vernon Philander and Morne Morkel failed to take a wicket between them, Maharaj finished with figures of 9-182. 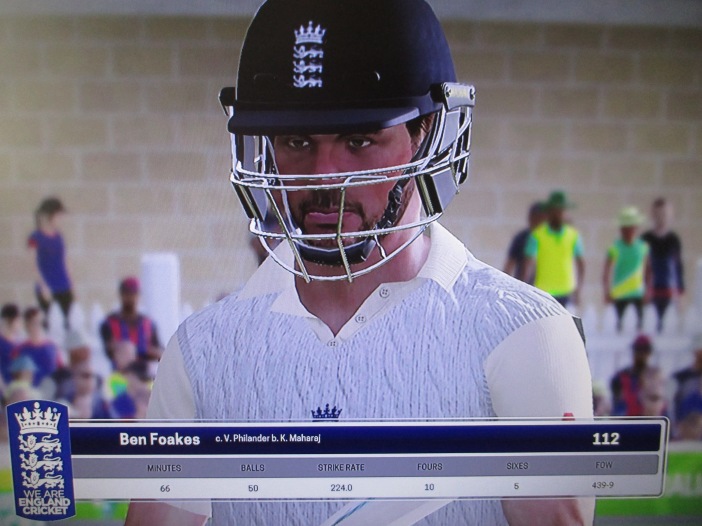 Surrey gloveman Ben Foakes (112) scored a crucial maiden Test century. This was when England had slipped from 212-2 to 261-7. Keaton Jennings (113) also made a hundred, his fourth of the competition. It will be Stuart Broad (103) and James Anderson’s (56 not out) last wicket stand of 126 that will live long in the memory though. That’s 118 runs in seven innings without dismissal for Lancashire’s Anderson in the GTL. 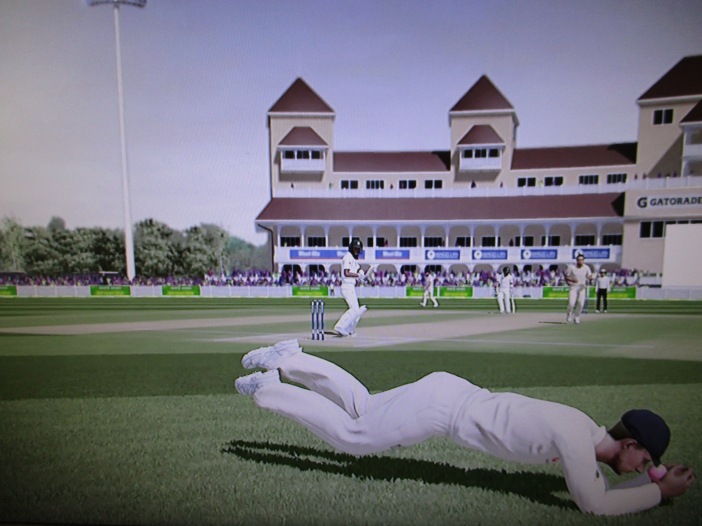 England skipper Joe Root dropped Hashim Amla on 49 in South Africa’s second innings. Amla went onto make 96. In all, the home side dropped four catches in the visitor’s second dig!

After South Africa had been dismissed for 330 (Amla 104, Broad 3-63) and England for 565 (Jennings 113, Maharaj 6-115), South Africa set about erasing the defecit and went onto set England a testing total of 313 to win. The visitors having made 547 in their second innings. As mentioned before, Amla followed up his first innings 104 with 96 but it was the scintillating AB de Villiers, whose knock of 266 not out took him ahead of Jennings to the top of the competition run charts and helped get South Africa back in the match. James Anderson stuck to the task though and was rewarded for pitching the ball up and getting some movement. He claimed the home side’s first ever Global Test league five-wicket haul (5-121) and finished with match analysis of 7-198 to go with his undefeated half-ton. With 20 victims in total, Anderson is England’s top GTL wicket-taker.

Dawid Malan (58 not out) and Stuart Broad (5 not out) saw England home though the result was not without a fright!

For the second time in the match, England’s opening batsmen, Keaton Jennings (73) and Mark Stoneman (53) put together a century partnership to lay the foundations for England’s run-chase. They were dismissed in quick succession however before England suffered an all too familiar batting collapse. Jonny Bairstow, recalled to the side at number three at the expense of James Vince and playing as a specialist batsman, followed his first innings seven with just nine. He did at least claim a maiden Test wicket in the match, Keshav Maharaj the unfortunate victim. Chris Woakes looked to be taking England to victory but fell for 53 with just five runs required. Dawid Malan remained composed however and finished 58 not out, fittingly being joined by first innings centurion Stuart Broad, who would hit the winning runs and secure England their fifth straight victory following the shock opening round loss at home to Zimbabwe. 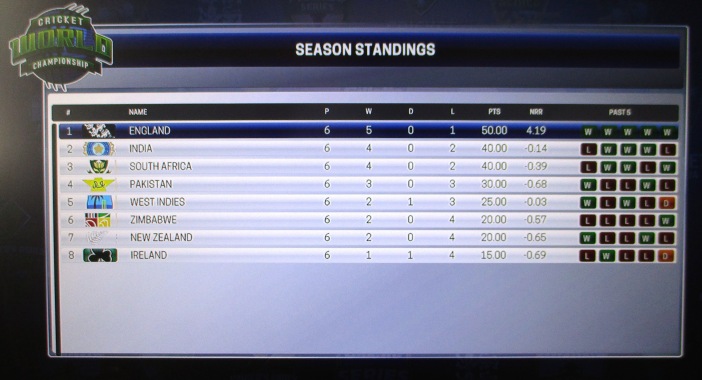 England now stand alone at the top of the inaugural Global Test League.

Next up for England are West Indies in the Caribbean. In terms of selection for that match, though Mark Stoneman failed to convert scores of 59 and 53 into a maiden Test hundred against South Africa, two century opening stands alongside Keaton Jennings mean that his place is safe for now. Jonny Bairstow will have to wait and see if he gets another chance at three following his double failure. Chris Woakes struggled with the ball but made a vital half-century in England’s run chase and though David Willey didn’t set the world on fire, he did claim some vital scalps on Test debut. Liam Dawson may get one more chance to prove himself in helpful conditions though Moeen Ali will be considered for a recall and Mason Crane could even win a Test cap. Until next time…