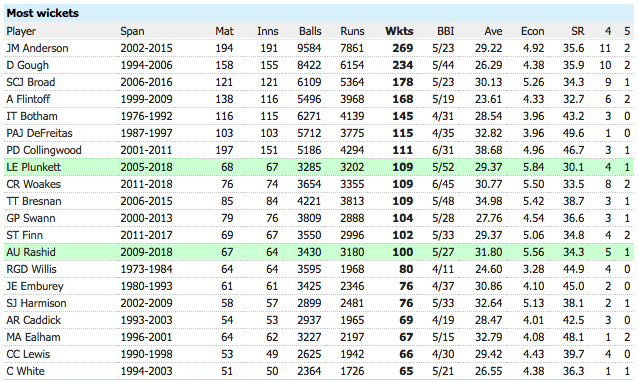 Yorkshire duo Liam Plunkett and Adil Rashid are an integral part of England’s plans for the 2019 Cricket World Cup. Strong performances by the pace and spin combo will be vital if England are to succeed on home turf. Their domestic futures are somewhat uncertain however. What is certain, well almost at least, is that former Durham man Plunkett looks set to leave the White Rose county for pastures new. Middlesex are rumoured to be interested and the signing of Plunkett could be a great coup for the Lords dwellers. Whether or not northerner Plunkett will want to relocate to the bright lights down south remains to be seen. Plunkett will have turned thirty-four by the time the 2019 county campaign commences and it would be no surprise if, regardless of success, England move on from Plunkett after the World Cup. England seem to have abandoned any notion of him being an Test option and therefore Plunkett could provide Middlesex or indeed any suitor, an option across all formats. A patchy injury record means it’s unlikely that he’ll play every game of a season but he’d definitely be an asset to any side. 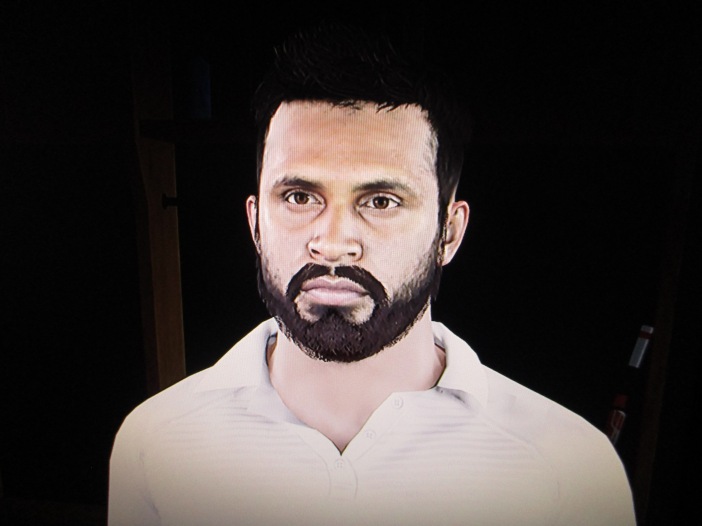 Onto Rashid, the thirty-year-old has opted out of First Class cricket for the time being at least and has only played a few List A games this campaign. He’s now missing Yorkshire’s One-Day Cup run because of his international commitments. It’s therefore arguable quite how much Rashid is worth to Yorkshire. Karl Carver has come back into the Yorkshire side this term although Azeem Rafiq seems to have fallen from grace again. Yorkshire may be in the market for an experienced spin option come next year.

As demonstrated by the table above, Plunkett should be able to rise as high as sixth on England’s list of all-time ODI wicket takers. This is even if he’s now going to miss some, possibly even all of England ODI series in Sri Lanka after the hosts flipped the schedule. Too much has been planned for Plunektt to rearrange his wedding! With Plunkett absent and Sri Lanka and West Indies certain to be spin friendly turfs, Rashid may fancy his chances of leapfrogging Plunkett in the above table. Having reached 100 ODI wickets in the second ODI against Australia, if Rashid were to continue on the international stage post the 2019 World Cup and improve with age as spinners often do, he may fancy his chances of breaking into the top five and possibly even reach as high as third on England’s list of all-time ODI wicket takers.

David Willey is another Yorkshire player who will hope to ascend the above chart. Willey is up to 37 wickets though his average is only just sub-forty. This is a crucial juncture in Willey’s international career, what with the likes of fellow left-armer Sam Curran having now been capped at international level. An encouraging contribution with the bat in the first ODI against Australia and with the aforementioned Plunkett unavailable come Sri Lanka, Willey will be keen to thrive on senior responsibility and pass fifty ODI career wickets. Like Plunkett, there’s seemingly been a little acrimony at domestic level for Willey with his jaunt to the IPL causing Yorkshire much angst. He has however made some significant contributions to their cause in recent seasons and is a gate bringer in the shorter formats. He’s also been keen to stress that he’s still very much up for playing the First Class format.

The modern era means that there are many ODI matches being played. Some cynics may suggest that the current ODI series against Australia is confirmation that too many matches are taking place. It is however an opportunity for, amongst other things, players to selfishly soar the charts that most of them claim not have any interest in but in truth they really, really do!

The Ugly Face of the Beautiful Game