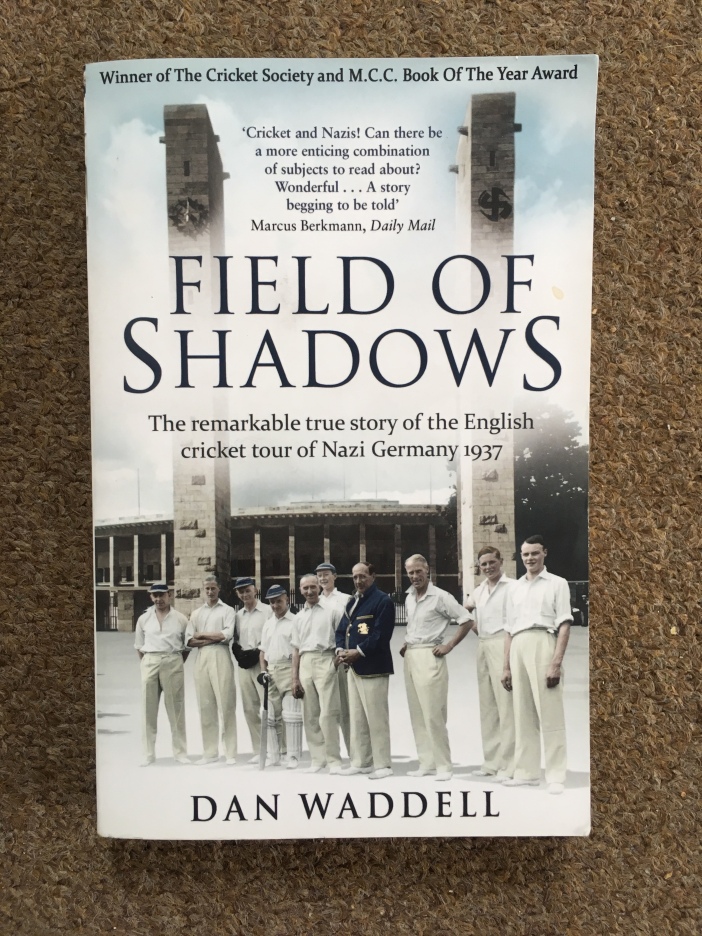 It’s safe to say that I wasn’t expecting a book about an English cricket team’s tour to Nazi Germany in 1937 to be a comedy!

That’s not strictly true but the first chapter in particular highlights Waddell’s humour and it’s maintained throughout the book.

As a cricket tragic who once spent a fortnight in Berlin, I found the book extremely enjoyable and interesting. Waddell delves into as much cricket specifics as sources will allow but also takes the book beyond on-field activities. He informs the reader how a player performed at the wicket but also details their background and what they wrote on postcards as well as which tourist spots they visited and what was hidden out of sight at those locations. He later goes into detail about the players’ wartime efforts educating the reader about the war in general.

Much of what Waddell writes about is clearly based on firsthand communication with family members of the players as well as access to their scrapbooks.

The detailed specifics of the actual cricket may not be for everybody but for cricket tragics I can’t recommend this book high enough.

Scribbles from my notebook

ONLY FOOTBALL , NOTHING ELSE

I LEAVE YOUR ROAD TO WALK ON MY GRASS.

Bridging the gap between mere existence and true life.

For Black And White Lovers

"In times of change, learners inherit the earth, while the learned find themselves beautifully equipped to deal with a world that no longer exists" Eric Hoffner