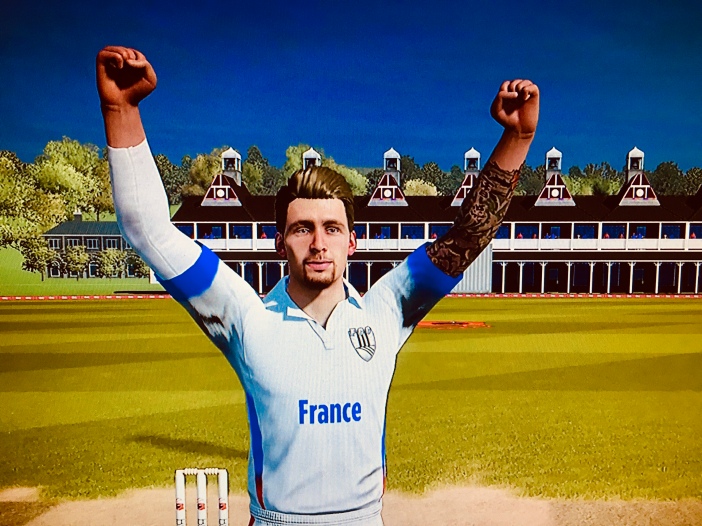 Following our narrow innings and 277-run defeat (!!!) in our opening match in Paris, we hosted yet more amateur opposition on our second ground, Stade de France Cricket 2 located in Nantes. Things could only get better right?

Once again we lost the toss and once again we were forced to field. In truth we lacked a bit of bite first up with the ball but the visitor’s total of 371 was less than the 400 plus we’d conceded in our first match and owed much to their opening batsman’s 209. No other player passed 44. We finally claimed some wickets courtesy of spin but it was part-timer Jean-Luc Chevalier (1-15) who was the unlikely source to open the floodgates. The slow-left-armer was aided by some smart work from gloveman Maxime Bernard to snap up his first wicket in a France shirt.

Captain Xavier Le Tallec (2-49) and, after beating the bat on countless occasions, teenage spin prodigy Mehdi Qadri (1-61) deservedly got in on the act too. Pace bowlers Alexandre Rivière (2-42) and Gabin Sauvage (2-52) picked up two wickets each.

There then followed total humiliation as we crumbled from 20-2 to a pathetic 34 all out in our first innings. Opening batsman Omar Sissoko’s top score of 16 more than triple the next highest contribution. 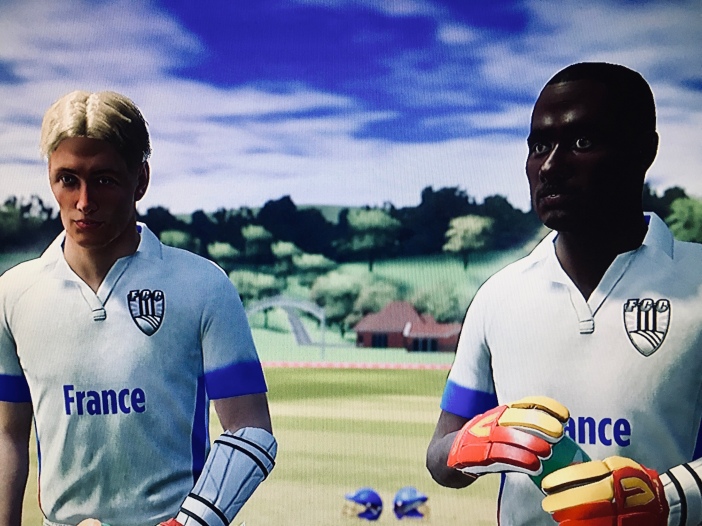 I was ashamed, devastated and embarrassed to be associated with French cricket and the players responsible but had my faith and pride restored when, despite the loss of Chevalier first ball, Sissoko (15 from 52) and Sauvage (22 from 51) applied themselves like seasoned professionals to haul us from the wreckage of 1-1 to a promising 37-1 in our second innings. The vision before us was a mirage however and sadly the beverage break brought about our demise with two quick wickets falling soon after. Having been well set to reach three figures for the first time, we fell apart once again and, with a strong sense of deja vu, ran into a cul-de-sac, ultimately succumbing to just 85 all out. Already the weight of run-scoring seems to lay on the shoulders of the stoic Sissoko so I can only hope that the rest of the batting order can learn fast, tres rapide!

Chevalier (8 runs @ 2.00) and Matteo Phillipe, who followed a king pair on debut with scores of just 5 and 4 have much work to do in the nets. Neither has yet reached double figures in four innings each and Christophe Martinez, top score 12, has faired little better. Other squad members may come into consideration for our next match but I do want to keep the core of the XI together and allow inexperienced players to find their feet. Fully fledged competitive matches with official status will soon be on the horizon however so we can’t afford to carry dead wood otherwise we’ll soon be French toast!