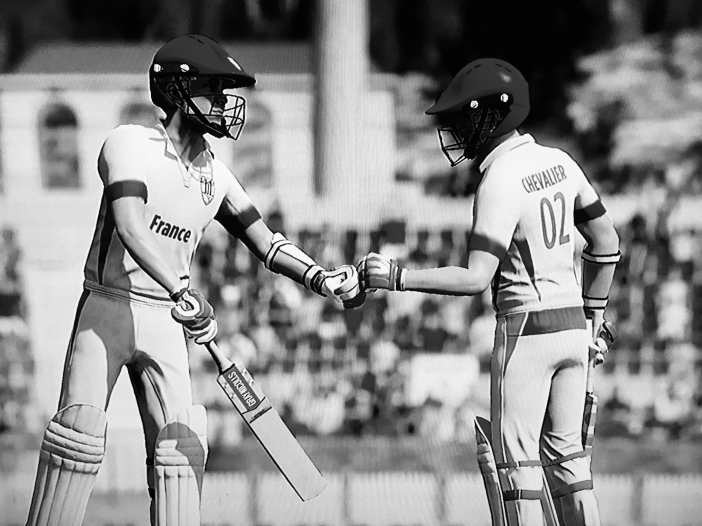 Following back-to-back matches against international opposition in the form of Oman and Canada we flew to New Zealand to take on domestic side Canterbury. I’d like to say a grand “Merci” to Air France for their assistance in getting the squad and support staff to Aotearoa.

The match in Christchurch served as continued preparation for us ahead of participating in full international matches. Though not international opponents on this occasion it was an opportunity for our players to gain further exposure in overseas conditions.

With their positions in the team having become almost untenable the underperforming Gabin Sauvage and Maxime Bernard were dropped from the XI that performed so admirably in Ottawa. As a consequence of Bernard’s omission Omar Sissoko assumed the role of vice-captain. Meanwhile Alexandre Rivière and Mehdi Qadri were rested and conditions dictated that Louis Petit, who debuted in Canada, was unfortunate to sit this one out too. Zidane Thomas returned to the side while batsman Timothee Clement, wicketkeeper Marwan Leroy, all-rounder Aymerric Gautier and fast-bowler Anthony Toure all appeared in a France shirt for the first time.

Old habits die hard as Le Tallec lost a fourth toss in five and on a frighteningly lush green deck we were inserted to bat.

Two deliveries into our innings and Sissoko’s (0) stumps had been sent flying leaving him one innings to save his career. It’s such a shame that having started so well Sissoko is now struggling to contribute at all. For the second match in a row though messrs Chevalier (20) and Smith laid firm foundations. The left-hand/right-hand pair combined to lift us from the despair of 0-1 to 67 before the former edged to slip. Debutant Clement (11) didn’t look out of place either before a poor LBW decision cost him his wicket.

Like Sissoko, Christophe Martinez (1) left his place in the team hanging by a thread as he fell in single figures for the seventh time in nine innings.

Smith (78) was unfortunate to edge behind when trying to leave but had already reaffirmed the positive impression that he’d made on debut. Thomas thwacked a characteristic 37 and Marwen Leroy (10) briefly applied himself well in his first outing.

Captain Le Tallec (58) passed fifty for the second consecutive match and the score had surpassed the two hundred mark by the time we reached lunch… WE REACHED LUNCH!!!

Post soup du jour et baguettes Patrick Pierre (34) picked up where he left off in Ottawa but couldn’t quite make it three fifties in a row. His average plummeted to 72.00 as a result! Aymerric Gautier (21) lacked fluency but was just starting to find some rhythm when he was dismissed to curtail the innings on 291.

Proud would be an understatement. Eight of our team (Three debutants included) reached double figures to help us register our highest team total (Remember we were 0-1) for the third innings running. Those knocks included our highest individual score, Smith’s 78 and a second half-century by our skipper. Jean-Luc Chevalier’s application at the top of the order shouldn’t be underestimated either. Even if he didn’t go big himself the left-hander provided the middle order with some breathing room. It goes without saying that we batted far longer than we’d done previously and remember that was having been put into bat in bowling conditions.

Said conditions were still exploitable if we pitched the ball in the right areas and our bowlers did just that. Pierre, who was far more disciplined than on debut, put their opener in a horrible tangle to force an early breakthrough. 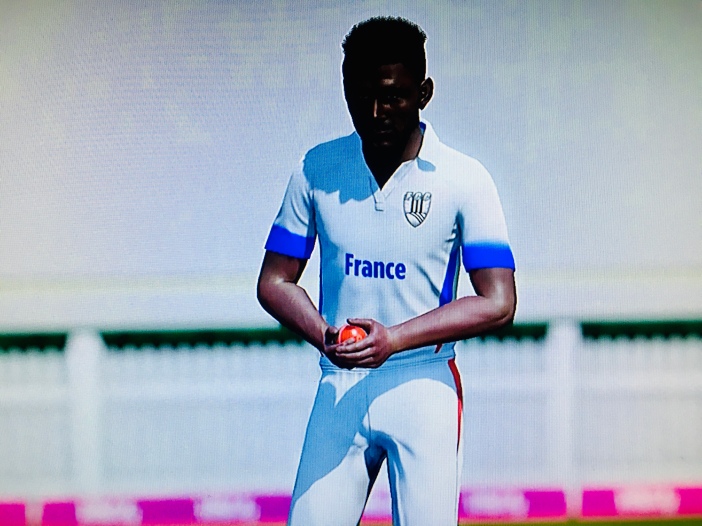 Soon after the impressive Anthony Toure (2-65) claimed his first France wicket courtesy of a premier catch for gloveman Leroy.

Leroy would later execute a sharp stumping to provide Omar Sissoko (1-11) with a maiden career wicket.

There was a period of frustration on the second morning before Pierre (2-51) struck for a second time and despite an annoying last wicket stand we limited Canterbury to 313, a deficit of 22. Zidane Thomas (3-57) was the pick of the bowlers whilst their was also a maiden wicket for Aymerric Gautier (1-40). A defining innings for messrs Sissoko and Martinez lay just ahead as did a shot at our first victory.

A clutter-minded Sissoko’s fate was soon sealed when he top edged an unnecessary pull shot and was caught for only 1. Chevalier (15), Smith (10) and Clement (13) all got in but got out. I’m happy though that they at least tried to apply themselves properly. Christophe Martinez battled his way through the pace bowlers before slapping a few sixes off the spinner. The right-hander notched a career best 32 and though it wasn’t always convincing has probably done enough to keep his place… for now at least. He and Le Tallec (46) put on 52 to lift us from 62-6 to 114 and Gautier (14*) looked good once again. Still, a score of 163 looked like we’d left a few runs out there. Canterbury required 142 for victory and to deny us our first.

Pierre struck in the first over to get the game on and should have struck again soon after. Sissoko’s misery continued however as he put down a chance in the slips. Left-armer Pierre (2-30) got his man not long later though with gloveman Leroy doing what Sissoko couldn’t… holding on! When the second wicket went down Canterbury still needed another 101 to win.

A partnership then mounted and frustration was growing when Thomas induced a flashing edge to first slip. Like his opening partner earlier in the innings though Chevalier shelled it and another chance went begging. A lightning quick outfield and dropped chances were helping Canterbury race to victory but in Omar Sissoko’s first over the alert Marwen Leroy executed a run out to leave the home side 99-3 and still 43 runs from victory.

Just two deliveries later Zidane Thomas effected a run out off his own bowling as the pressure built on the hosts. Both set batsmen were back in the hutch and our players dared to dream! One ball later and the score had subsided to 101-5, Leroy snaffling an edge to provide Thomas (1-36) with a wicket of his own in the final over of the day.

Anticlimactically we just couldn’t force a breakthrough the following morning. 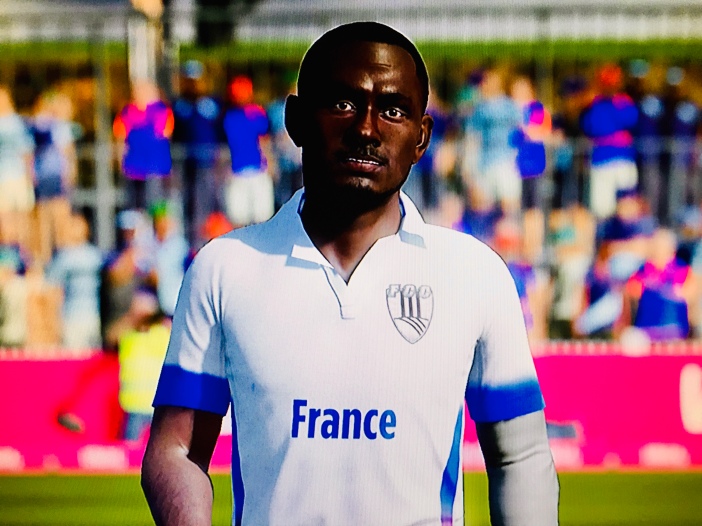 Only when Canterbury were one run from parity did we manage to take the sixth wicket courtesy of Sissoko (1-6). Whether or not two wickets in the match is enough to help Sissoko (2-17) retain his place after yet more failures with the bat and an iffy display in the field femains to be seen. Ultimately we went down by four wickets having dropped two catches. What could’ve been?

Look out for news regarding our step up to competitive matches soon!