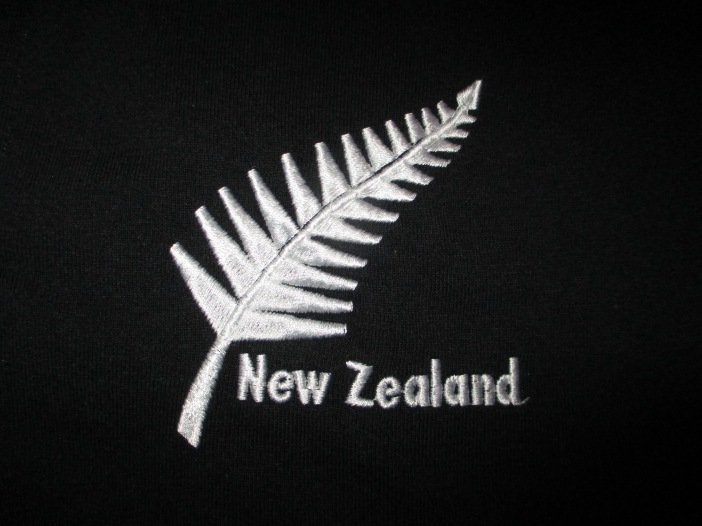 My squads are listed below roughly in batting order followed by reserves but particularly in the Test format Sibley or Pope could slot in whilst a bowler is rotated/rested. I’d also anticipate some workload management for players such as Stokes, Woakes and Archer in the T20Is and particularly Stokes and Broad in Tests.

*Can both be deployed as wicketkeeper during the series.

*Jos Buttler and Ollie Pope can both act as wicketkeeping cover for this two-match series.

Jonny Bairstow would be dropped from the Test side. Players can be rested/rotated where necessary during each series as oppose to being omitted entirely.

Some extremely good players (Too many to mention) miss out. A variety of spin bowlers have made cases particularly in the T20 format but Dom Bess remains a better back-up option for now in Tests despite a less than stellar domestic season. Numerous other players pushed for selection in both formats and those players would be selected for England Lions in the appropriate format. 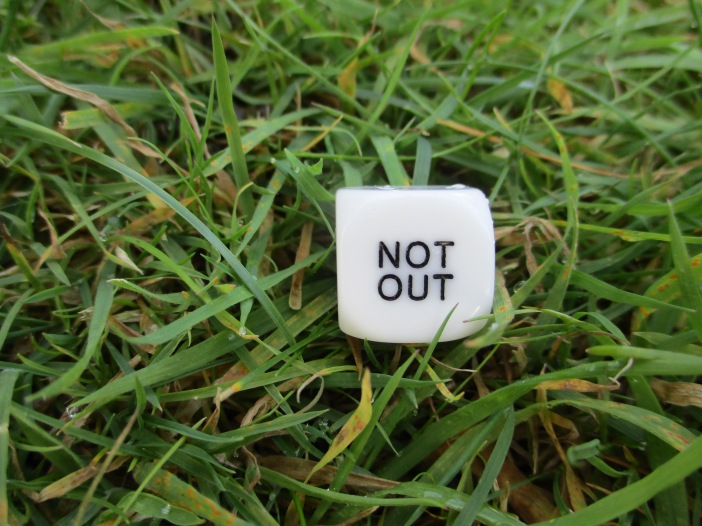 A fantastic day for England’s cricketers at Lords as they batted throughout its entirety without losing a single wicket. Opening batsmen Rory Burns and Jason Roy looked untroubled against the Australian bowling attack in reaching the close of play undefeated and will hope to build tomorrow.

A chastening day for England’s cricketers at Lords as they bowled throughout its entirety without claiming a single wicket. The likes of debutant Jofra Archer and spinner Jack Leach never looked like taking an Australian wicket so will desperately hope to come back stronger tomorrow. 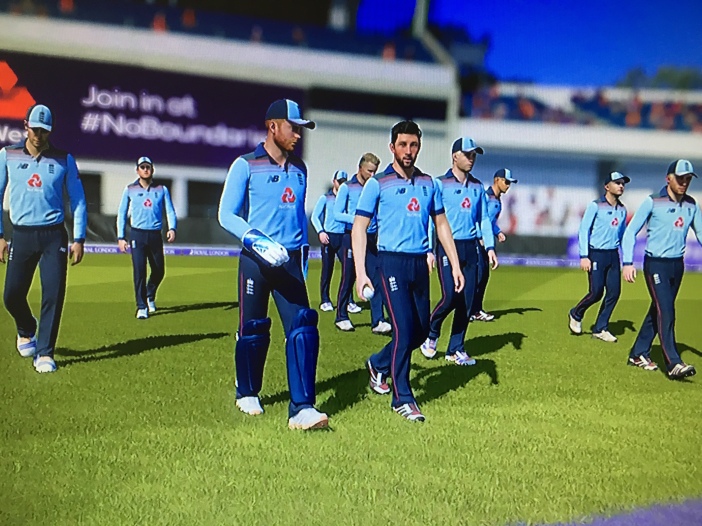 Your England squad for the Global One-Day International Round Seven match against the Netherlands in Amsterdam is as follows:

Jos Buttler returns to captain the side having been rested from our last match against Nepal. It’s now the turn of Jonny Bairstow, who led the side in said match to take a well earned respite. That presents an opportunity for Ben Foakes to finally get on the field having performed 12th man duties recently. The Surrey man will don the gloves for this fixture. Moeen Ali and Jofra Archer also return to the travelling party with Chris Woakes rested. Lewis Gregory and Matthew Carter retain their places in the squad having impressed on debut against Nepal.

Your England squad for the Global One-Day Invitational Round Six match against Nepal at Headingley is as follows:

I’m delighted to announce that Jonny Bairstow will captain the side for the first time on his home ground. Congratulations also to Matthew Carter who comes into the squad for the first time and Lewis Gregory who returns to the national set-up after a long absence and will hope to win his first cap.

Captain Jos Buttler as well as all-rounder Moeen Ali have been rested from this fixture. Both players have been an integral part of the ODI and Test side of late. With one more ODI to follow before returning to the Test format for the business end of the North Western Hemisphere Test Championship, the decision has been made to rest said players as we have done with the likes of Joe Root, Sam Curran and Chris Woakes in recent matches. Jofra Archer also drops out of the side that won convincingly in Namibia. 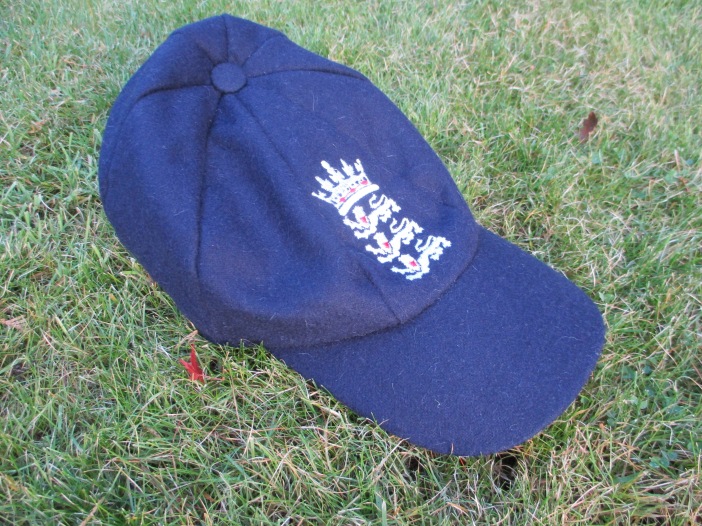 A while ago, I predicted England’s next caps in each format of the game…

Here’s how my predictions fared…

As you can see, there were multiple debuts in each instance but ultimately I got two out of three correct and we all know that “Two out of Three Ain’t Bad”! 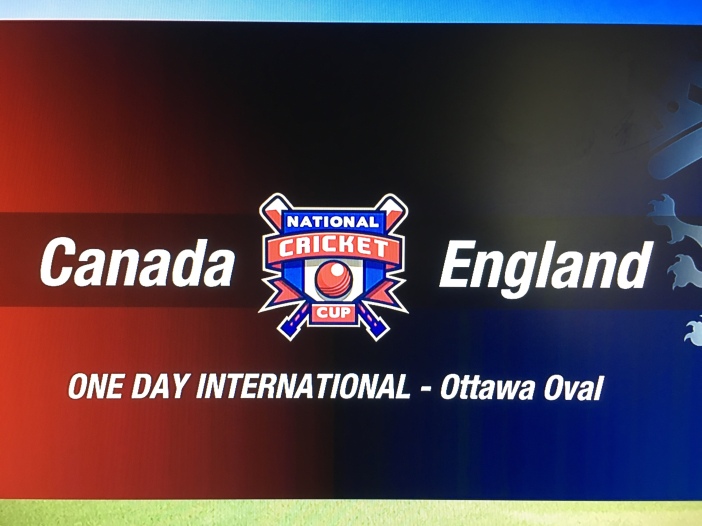 Don’t worry England fans. It was our hosts that capitulated in the majestic surroundings of Ottawa Oval. Such a picturesque setting deserved far better than the syrup served up by the home team. Please don’t blame messrs Curran or Woakes though. They were only doing their job. Spare a thought for Joe Root as well. The Yorkshire lad flew all that way and didn’t bat or bowl.

At least Jos Buttler got to toss a coin! To think that there were those that questioned the decision to bowl. Though paying fans may wish that we’d batted first.

If it weren’t for two out of control top edges off ‘throw the kitchen sink’ hook shots from Darcy Harris off the hostile bowling of Jofra Archer then Canada wouldn’t have even totalled the paltry 38 all out that they did. 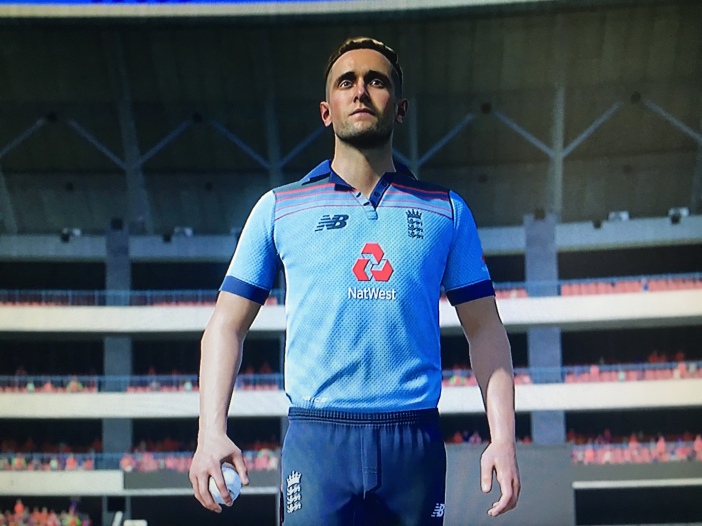 New ball duo Chris Woakes (3-11) and Sam Curran (3-3) did the damage at the top of the order before slow-left-armer Liam Dawson, having replaced Tom Curran in the side, chipped in with 2-8. Archer (1-14) then got in on the act before Moeen Ali struck first ball. It’ll come as no surprise to anyone that wicketkeeper Jonny Bairstow took the innings ending catch to make it seven for the day (A new ODI record!) and already into double figures just two outings into the competition. 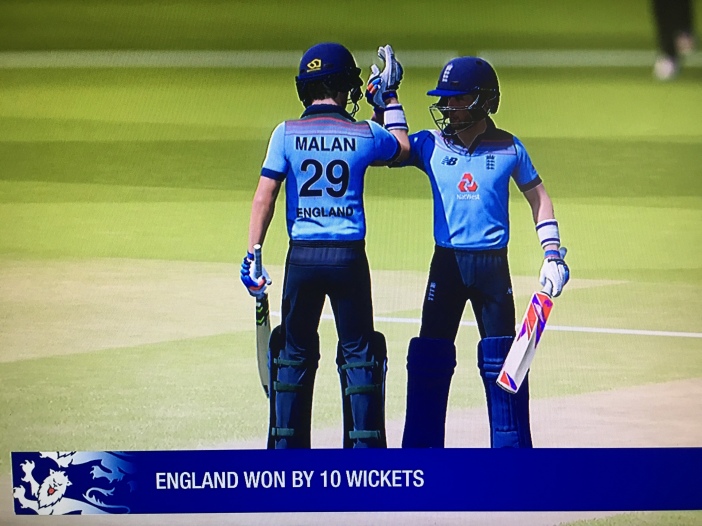 Dawid Malan (19 not out) and Liam Livingstone (18 not out) saw us comfortably to a ten-wicket win.

Such as a one-sided affair has led to questioning the integrity of the competition from some quarters. We’re only two matches in and there have already been some reasonably high scoring close encounters so far in the tournament. We’re participating in order to help promote the game across the globe. I guarantee that Canada will perform better when we meet again later in the competition.

Next for us we host USA at Old Trafford. You can expect a strong squad to be named for that one.

We commenced the Global ODI Invitational with a resounding 177-run victory over Papua New Guinea at The Oval. It was a long trip for PNG and that may have taken it’s toll, particularly on their batsmen who looked severely jet lagged.

Having been put into bat we posted 272 but were disappointed to be bowled out in just 39.4 overs. Nearly all our batsmen need to reflect on their dismissals and ask themselves if they could’ve avoided getting out at that stage of the game. It’s only game one though in this format and ultimately we produced enough runs to win the match but we’ll likely face sterner tests (Or ODIs!) as the tournament progresses. 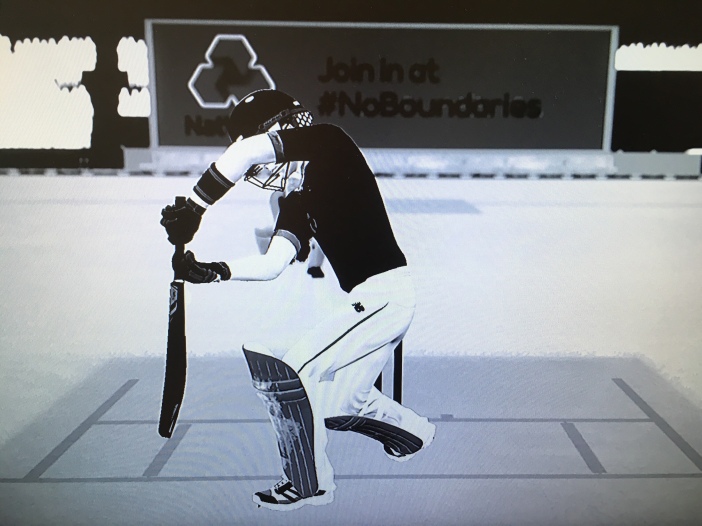 Liam Livingstone and Dawid Malan were our new opening combo and the pair batted with measured intent to reach 55 without loss. Lancashire’s Livingstone (33) was given out caught behind and frustratingly replays seemed to suggest that had he reviewed then the decision would’ve been overturned. Following the debutante’s departure, Ben Stokes was needlessly run out for 27 before Joe Root nicked behind for 10.

Soon after, Dawid Malan, who looked on course for a century, inexplicably through his wicket away having compiled 64 from only 56 deliveries. Moeen Ali (29) was another who got started but soon got out. He, the first wicket to fall to the persistent Caspar Sandhu. 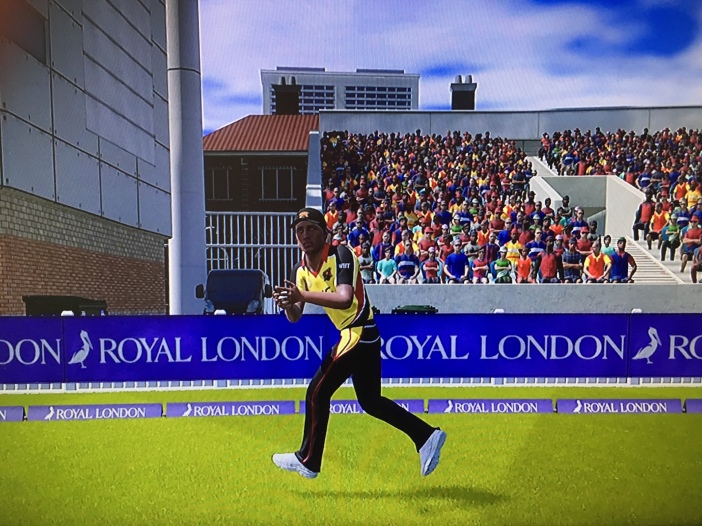 Sandhu would finish with impressive figures of 5-64 and also claimed an excellent catch on the boundary to dismiss skipper Jos Buttler for 56. 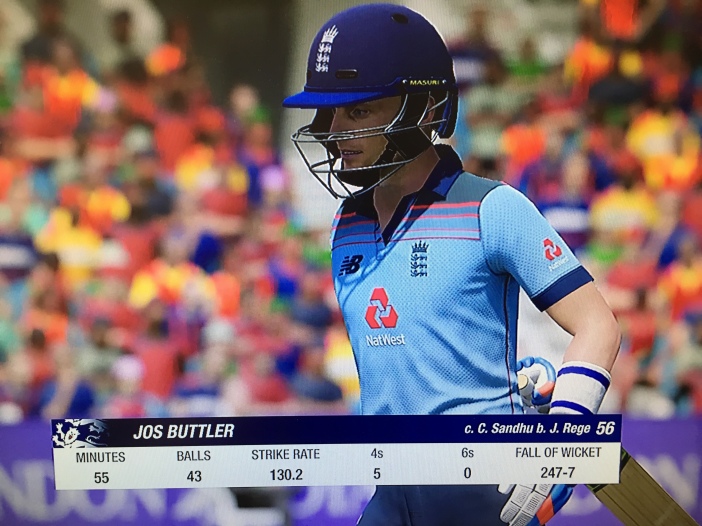 Right-arm medium-pacer Sandhu ripped through our lower order adding the scalps of Jonny Bairstow (8), Tom Curran (15), Sam Curran (4) and Chris Woakes (1) to that of Buttler. Meaning no disrpesect to Sandhu but all our batters could’ve avoided getting out. Jofra Archer was dropped early on but finished undefeated on 19.

In pursuit of overhauling our total Papua New Guinea started reasonably well before Kaidan Donahue (11) nicked behind off Chris Woakes with the score on 17. Bairstow claimed his first competition catch and would go onto claim three in the innings. 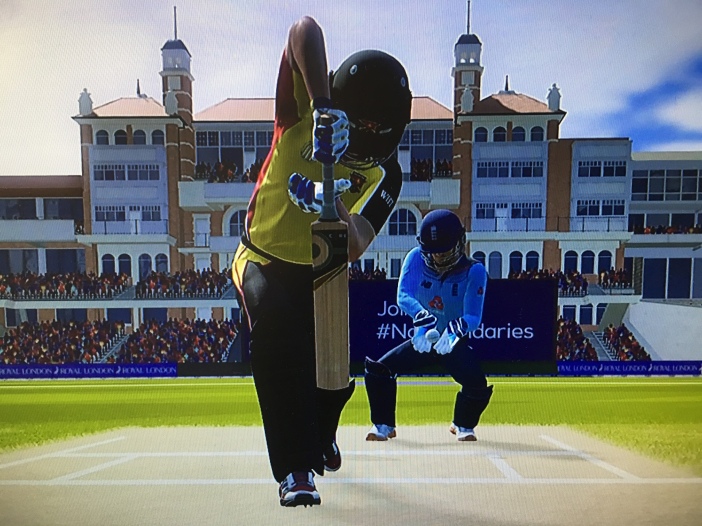 The Yorkshireman has forty-one catches in only five North Western Hemisphere Test Championship matches and transferred that form to the GODII. As the competition progresses however we may occasionally rest our premier gloveman both from keeping and/or the playing XI altogether.

Wickets fell at regular intervals but amongst the chaos opening batsman Carlos Ahuja (49) bounced back from a tough time with the ball (7-0-51-0) but fell agonisingly short of a deserved fifty when he was caught by one Curran brother, Sam, off the bowling of another, Tom, both of whom were playing on their home turf. 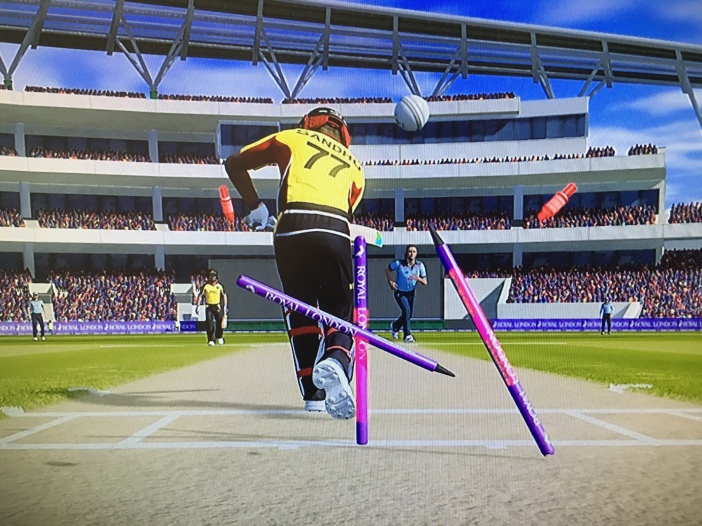 Jayant Rege (13) was the only other batsman to reach double figures.

Livingstone (2-7) wrapped things up with some impressive leg-spin while Woakes (2-27) and Sam Curran (2-10) also picked up two wickets each.

Moeen, Stokes, Archer and Tom Curran all claimed one wicket each as PNG folded for just 95.

It was a decent start to the ODI festivities but our batsmen will need to kick on and last the full allocation in future if we’re to post the sort of seismic scores we strive for.

Next up for us it’s Canada away. We thoroughly enjoyed playing a Test match in the beautiful surroundings of Ottawa Oval and look forward to revisiting the area. We’ll take a reasonable touring party with us as travelling so far from home we need to cover for all eventualities.