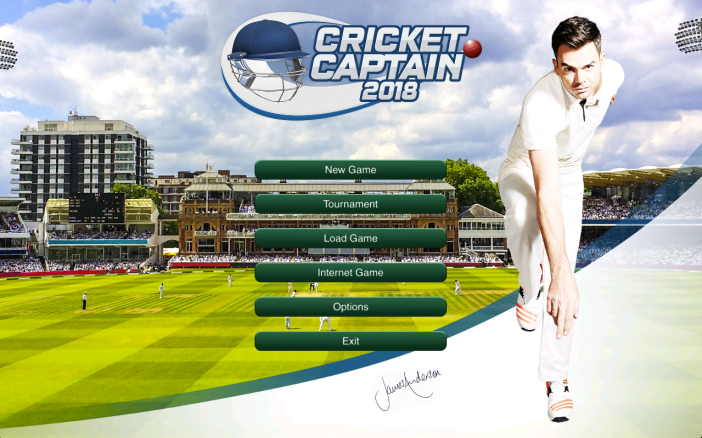 That’ll be three one-match Test series wins out of three then. Having previously benefited from an opposition bowler getting crippled in each of our first two Tests, this time it was ourselves who had the misfortune of going a bowler down. After an impressive World Cup, Rashid Khan finally won a Test cap but retired hurt having made 13 before even having a chance to bowl!

It mattered little though as yet again all our players contributed in one way or another. After losing both openers a little early, Nasir Khan, promoted to three after making 72 on debut, made 53 in an impressive partnership of 127 with another youngster, Waheedullah Shafaq.

Shafaq won his Test cap on the back of impressive performances at the World Cup and went onto make 102 in his first Test innings. 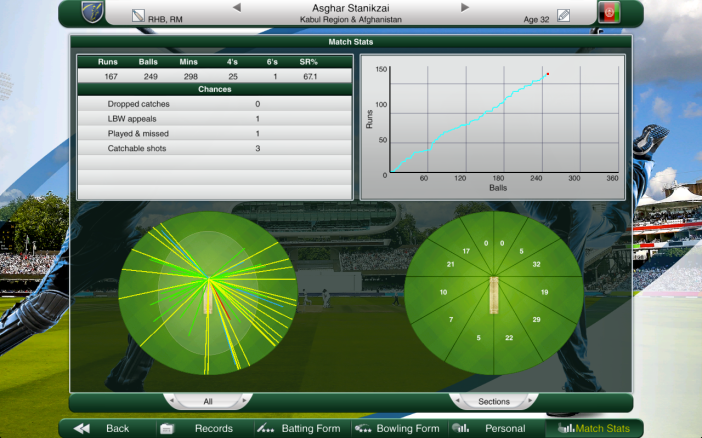 Captain Ashgar Stanikzai also picked up where he left off at the World Cup to make a national record 167. Zimbabwe spinner Graeme Cremer claimed a solitary wicket for all of 142 runs. Ouch! 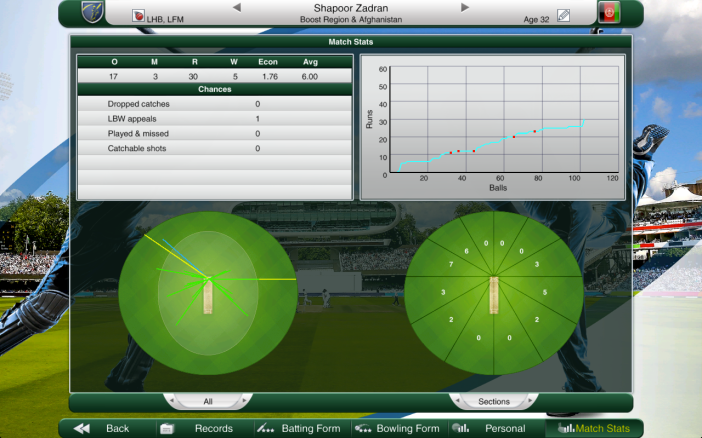 Left-arm pacer Shapoor Zadran, who after an impressive start to the World Cup failed to take a wicket in his last six matches, repaid the faith with fantastic figures of 5-30. That analysis, as well as his match figures of 6-82, were, like his skipper’s knock of 167, a new Test record for Afghanistan. He was far too hot for Zimbabwe’s cool batsmen.

In the second innings, spin bowler Mujeeb Ur Rahman stepped up in the absence of Rashid Khan. Selected for the Test on the back of strong T20 form, Ur Rahman claimed figures of 3-31 to ensure that no batsman made forty let alone fifty in the entire match for the hosts.

Having defeated bottom placed sides Ireland and Zimbabwe, next we set our sights on hauling ourselves above Bangladesh in the Test rankings. We also play West Indies before long and will be seeking World Cup revenge as well as Test superiority. First though are some white-ball games against the Chevrons.